Thank you to the woman who provided permission to re-post this exchange, in case others are looking for similar information. Emma and I respond to many requests for information like this. Hoping that sharing this response helps others looking & those who are caring for them. Shawn’s replies in blue.

I’m P2+0, ventouse in first and normal birth on the second. In all of my pregnancies I’ve had Gestational diabetes and been induced. I’ve been well controlled on insulin with no complications for the babies either antenatally or in the neonatal period. Same is the plan for this one. Previous two babies weighed 2.8kg And 2.82kg. All went well for both mother and babies on both births.

This time round I’m currently 34+4 weeks and baby is firmly breech for the last 8 weeks. So far I’ve tried spinning babies, homeopathy, acupuncture and moxa sticks to encourage baby to turn. Not budging one bit. I know there is still time for it to turn but I’m getting myself educated as to options.

ECV is a potential option at 37 weeks and if that fails obstetrician has suggested that I go for an induction of labour with breech as he knows I really don’t want a c/s.

He has said himself as I’m a midwife I know what’s involved, I don’t have big babies and there is only 18mths between each of my babies so I should labour well.

Only breech births I’ve seen over my career are either second twins or unexpected fully dilated breech in labour on arrival. I’ve never seen one induced.

Yes, this is one of the things that causes problems for planned breech births. Most people are most familiar with the ones what progress quickly and ‘just fall out’ before a CS can be performed. This can give a false impression, and though people may be ‘experienced,’ they may lack experience of more challenging breech births that take a little longer, such as people giving birth for the first time and inductions. [See No more ‘hands off the breech.’]

I’ve been doing reading & research on the topic but it’s hard to find current evidence. As you know historically from previous research c/s has been recommended instead of induction. I have found some more current evidence suggesting that with the right maternal candidate induction is possible and long term outcomes for both mother and baby are of no significant difference to those that have elective c/s. Am I right in this?

One of my talented midwifery students just repeated this review with the addition of the most recent evidence, and the results showed not one significant difference. However, all of these studies would have been done in centres that are experienced enough to be confident inducting breech births. Given what I have said above, I feel it is likely that in centres who do not regularly do this, there is some increased risk. But this would be more applicable to people giving birth for the first time, in my opinion.

Also my baby is currently in a complete breech position flexed knees and feet above the buttock. Again I know this could change but I have read conflicting information on if this is a suitable position for induction of breech.

Breech babies dance until they can’t dance no more. So the position could change to head down or feet up or knees down or something else at the time of labour or even in labour. Non-frank breech presentations are at slightly higher risk of cord prolapse, so you may want to consider labouring with a cannula if this is the case at the time of induction. I have no further research-based information to offer.

It’s hard to find current information for parents on options using recent research so that is why I am contacting yourself. I’ve been following your twitter and some of the work the breech team is doing. I think as a midwife it’s a great idea and desperately needed to give real options to parents and expand skill set in health professionals. Do you have any patient information that you give to parents on induction of breech that I might benefit from reading?

Agreed, it’s hard. We have a leaflet, developed by Emma Spillane, which was developed based on the current RCOG guidelines.  https://breechbirth.org.uk/2019/07/18/new-information-leaflet/ Because the RCOG guidelines currently ‘do not recommend’ induction of labour for breech births, we have chosen not to go there. Working in a controversial area like breech birth, one has to choose one’s battles. I’m very happy to support this as an individual choice myself, but in the wider context of re-establishing effective breech services, it hasn’t been the priority. Given increases in induction across the service, and evidence of the potential benefits of offering induction, this will eventually need to be addressed in any contemporary breech service. ‘Not going into labour,’ either by the date considered optimal, or following waters breaking, is the biggest reason that people who plan a vaginal breech birth do not end up having one.

Finally – Would you be happy for me to publish this e-mail exchange as a blog, with names and any other identifiable information removed, or not if you prefer? It helps me to be able to provide a link when people ask similar questions, which I expect will happen more with this topic.

Wishing you all the best, 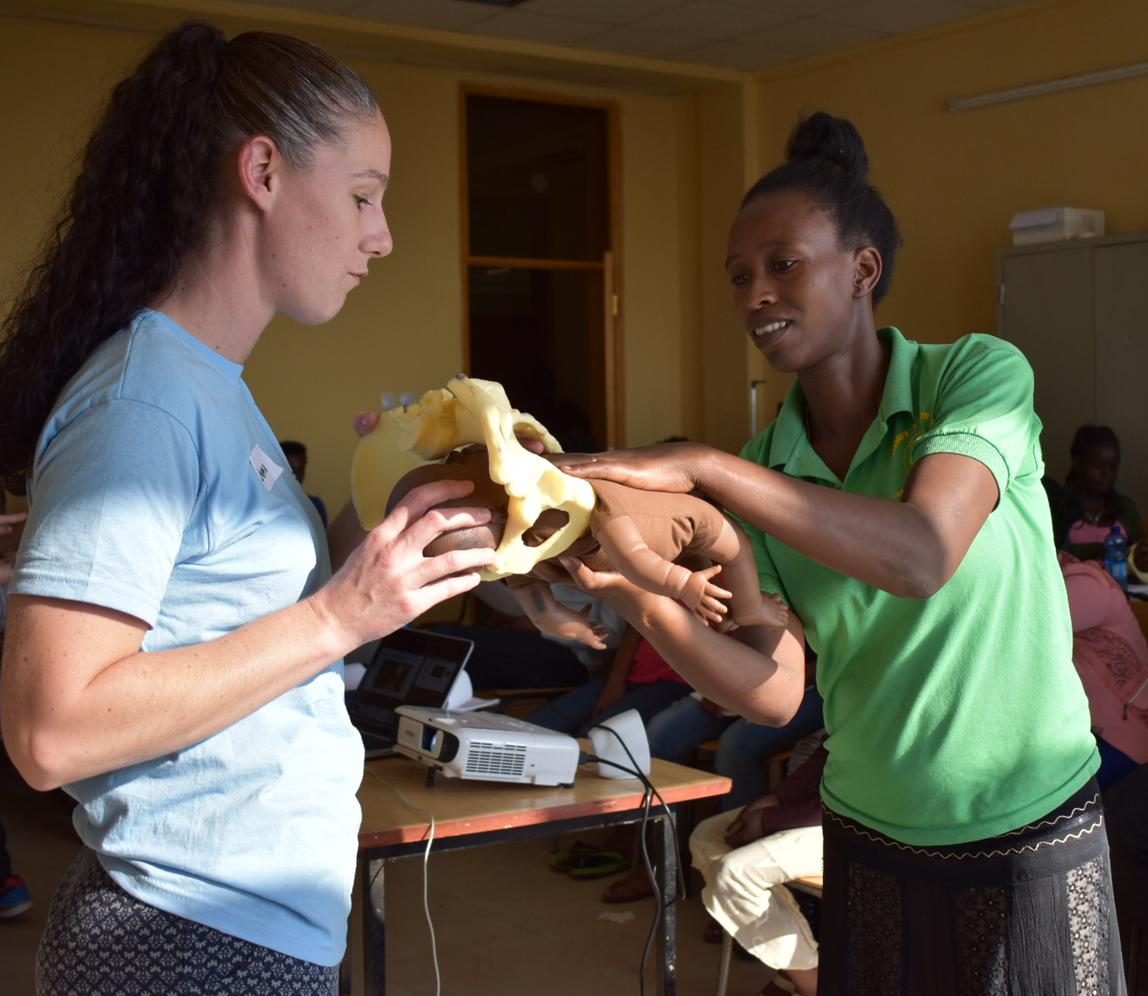